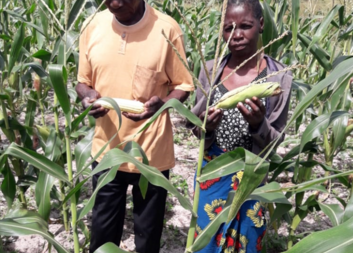 My family now has food all year round, says Mr Mapulanga from Zambia who adopted conservation farming

Mr Morgan Mapulanga, 72, is a lead farmer in Mulundu agriculture camp in Kaoma, Zambia. Thanks to our training, he has adopted conservation farming and is now practising an environmentally friendly mode of agriculture.

How is Caritas Czech Republic in Zambia supporting Mapulanga 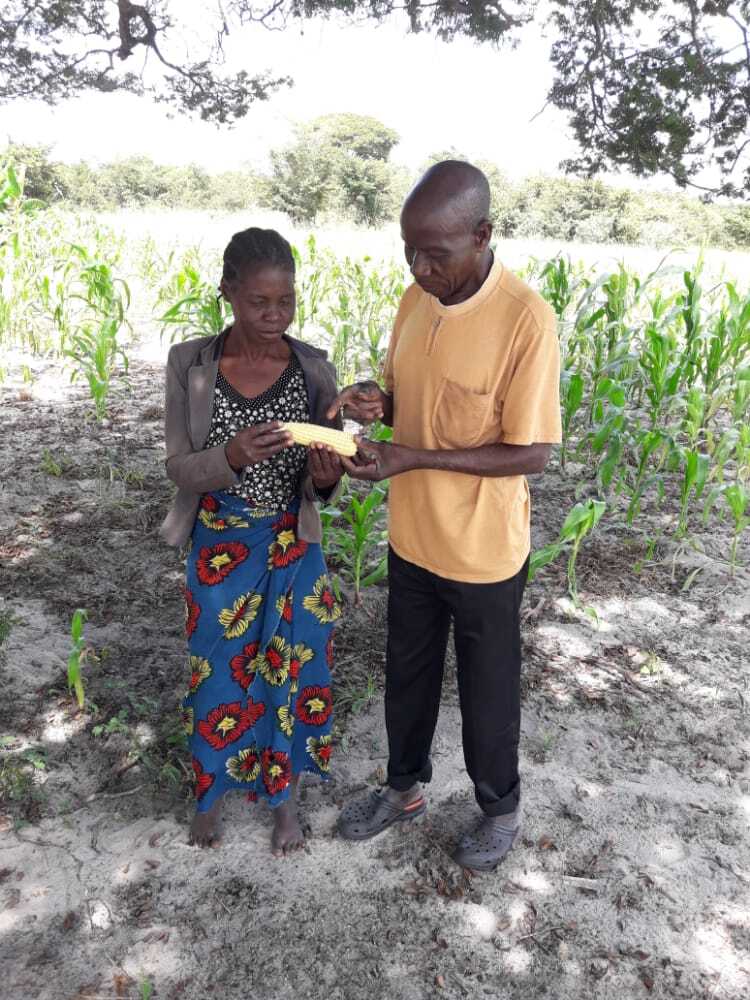 Mr Mapulanga is a small-scale farmer like many others in his community and mostly grows crops like Bambara nut, cowpea, common beans, cassava, rice and a small production of maize crops. Apart from crop production, smallholder farmers like Mapulanga are also engaged in the breeding of agricultural animals which they use for meat or s for animal draft power.

Because of climate change, farmers like Mapulanga are suffering from crop loss during the drought which creates food insecurity. Conventional farming methods are not sufficient to cope with the effects of climate change. That is why Caritas Czech Republic and the World Food Programme train rural farmers in environmentally friendly agriculture practices such as conservation farming.

Mr Mapulanga attended capacity-building training where he learned more about conservation farming, but also about food processing and preservations, entrepreneurship and post-harvest loss management. He has since adopted the environmentally friendly farming method of agriculture and the use of Bio-fortified crops such as orange maize.

What is conservation farming? 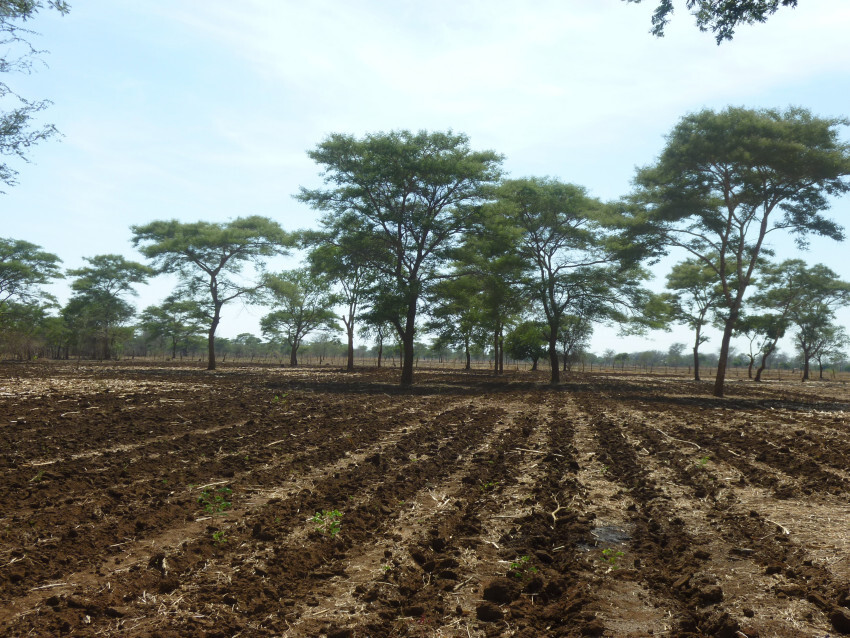 Conservation agriculture is a farming system that conserves, improves and makes more efficient use of natural resources through integrated management of available soils, water and biological resources.

The three major principles of conservation agriculture are: minimum tillage, crop rotation and maintenance of soil crop cover. “Crop rotation and the use of manures has increased my crop yield,” says Mr Mapulanga. Higher yields and richer soils also mean there is less need to clear forest land for additional food production. 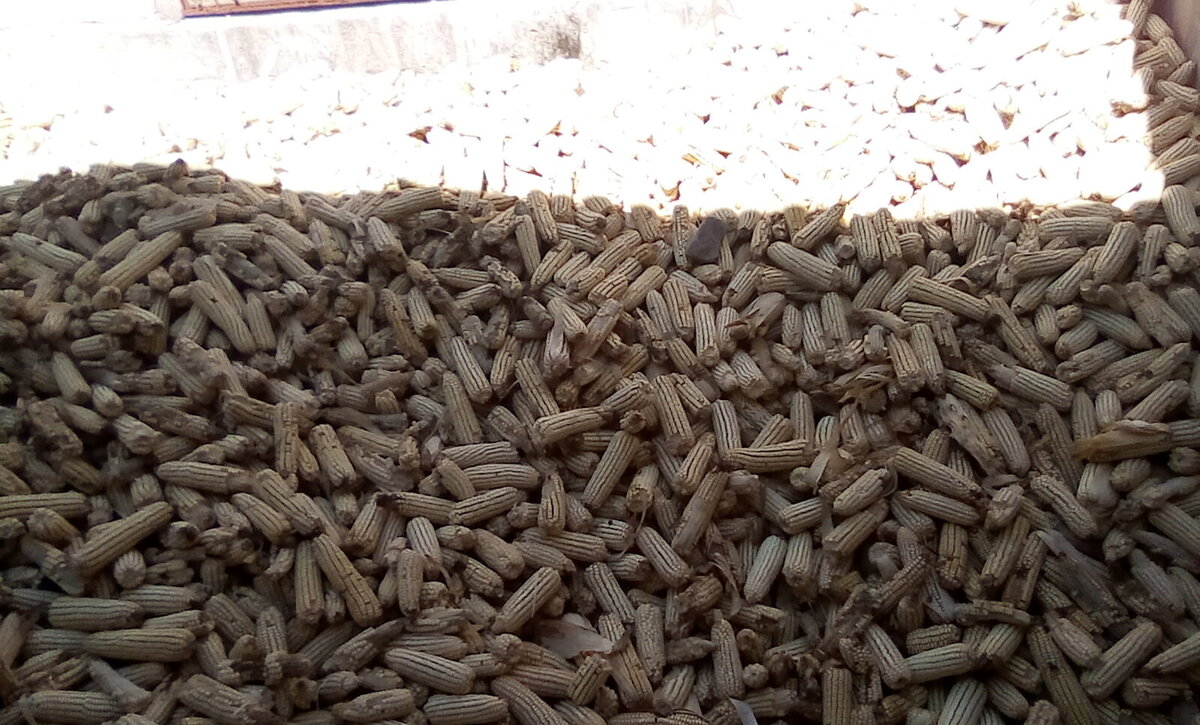 Mr Mapulanga has adopted conservation agriculture farming techniques which have increased his crop yield and improved his living standard. With the traditional conventional type of farming and the use of uncertified seed, he could only get 11 bags of maize by 50kgs in a hectare.

From the time he started practising conservation farming, Mr Mapulanga's yield has improved to  42 bags (White Maize) by 50kgs in a hectare.

“I started practising conservation agriculture in 2019, and since then my family have food throughout the year,” notes Mr Mapulanga.

Mr Mapulanga intends to increase his farming area by a hectare for the 2022/2023 farming season. This increase in production will only be achievable through the conservation agriculture farming method and will be life-changing for him and his family.

Caritas Czech Republic (CCR) has been partnering with the Ministry of Agriculture in Zambia (MOA) to facilitate and support the development of a sustainable, diversified and competitive agricultural sector that assures food and nutrition security, contributes to job creation, maximizes the sector's contribution to the growth domestic product (GDP) and protects our environment in four different camps in Kaoma district in the Western Province of Zambia.

The support targets smallholder farmers that usually undergo training in suitable agriculture practices that restore soil quality, increase yield and reduce overall food insecurity in the different agriculture camps in Kaoma district in the Western province. The activities are part of the project “Promoting the Production and Consumption of Nutritious Foods through an Integrated Multi-Sectoral Approach in Zambia”.

Women from Mayukwayukwa refugee settlement join the fight against deforestation

Meet Sophie Kabamba Mukeny (45 married and mother of 7 children) and Elizabeth Kapinga (32, single), Congolese refugees living in Mayukwayukwa refugee settlement. They are part of the group of 20 women who were trained in 2021 by Caritas Czech Republic in making environmentally friendly green charcoal.

I am proud to work with Caritas, says Muyunda Masiye, a lead farmer in Mayukwayukwa refugee settleme

Muyunda Masiye originally comes from Mongu but got to Mayukwayukwa after taking up the farm in the area after his father. Muyunda, a 52-year-old Zambian, lives in the area with his wife and 7 children. He was supported by Caritas in the past and now is one of the lead farmers in the settlement.

How tailoring has enhanced Beya Biakunienga’s life, thanks to Caritas Czech Republic

When people flee their countries because of wars and conflicts to seek a better and peaceful country, they often think their life will run smoothly without any challenges. Unfortunately, the reality is usually disappointing. Life becomes even harder as they settle in refugee camps, especially if they do not have any skills to help them provide for themselves. Thanks to Caritas Czech Republic in Zambia, Beya Biakunienga, a refugee in Mayukwayukwa refugee settlement now has a skill that will better her life forever.