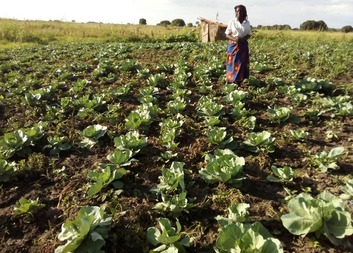 Promoting the Production and Consumption of Nutritious Foods

Full Name: Promoting the Production and Consumption of Nutritious Foods through an Integrated Multi-Sectoral Approach in Mumbwa, Kaoma and Mongu

Zambia has a poverty rate of 63 percent and an extreme poverty rate of 42 percent. Western Province is one of the poorest provinces with about 80% of its 1 million populations living under poverty line. In Central Province poverty remains high at 56.2%. Predominantly rural population gains its livelihood from subsistence agriculture with low productivity crop and animal production, supplemented by fishery. Around 90% of rural population fall into category small-holder farmer cultivating less than 2 hectares of land. Approx. 117,000 households in Western Province and 102,000 households in Central Province are small-holder households. The correlation between rural poverty and poor service delivery is cyclical and self-reinforcing: rural communities – smallholder farmers in particular - have limited access to agricultural inputs and markets and tend to pursue poor agricultural practices. Smallholder farmers contribute about 80 percent of food production, but over 30 percent of the food produced by these farmers is lost because of post-harvest loss.