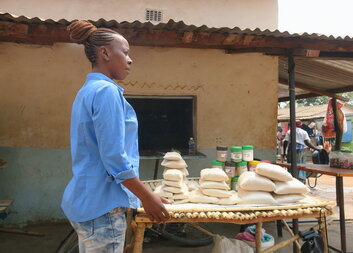 Goundance makes porridge flour in the Meheba refugee settlement and earns a living, thanks to Caritas Czech Republic

Goundance Masengesho is a refugee from Burundi who has been in Zambia for over 5 years. She fled her country in 2016. She is a single mother of one and a grandmother. Goundance had a hard time making ends meet in the Meheba refugee settlement until she received support from Caritas Czech Republic. Today, Goundance has her own business and is able to take care of her family.

Who is Goundance Masengesho and how did Caritas Czech Republic support her? 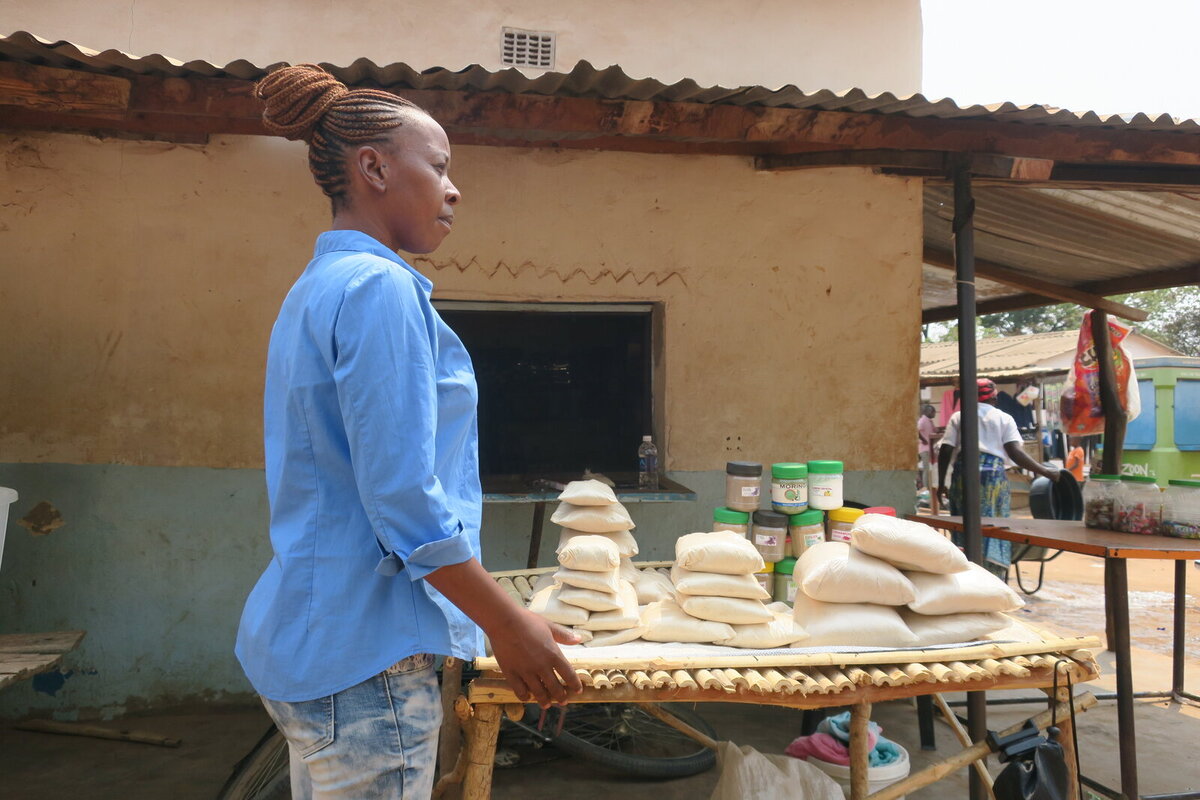 Goundance lives in the Meheba refugee settlement and is among the many refugee women who fled their countries with life-saving skills but lacked support and financial literacy to utilise and actualise their dreams of owning businesses.  It was because of this that Goundance's life became hard and she was forced to start doing laundry door-to-door to survive.

“When I came to Zambia life wasn’t easy for me because I had nothing. I started doing pieces of work. But the money was not enough.  My daughter also had so many needs that I could barely cater for,” says Goundance. 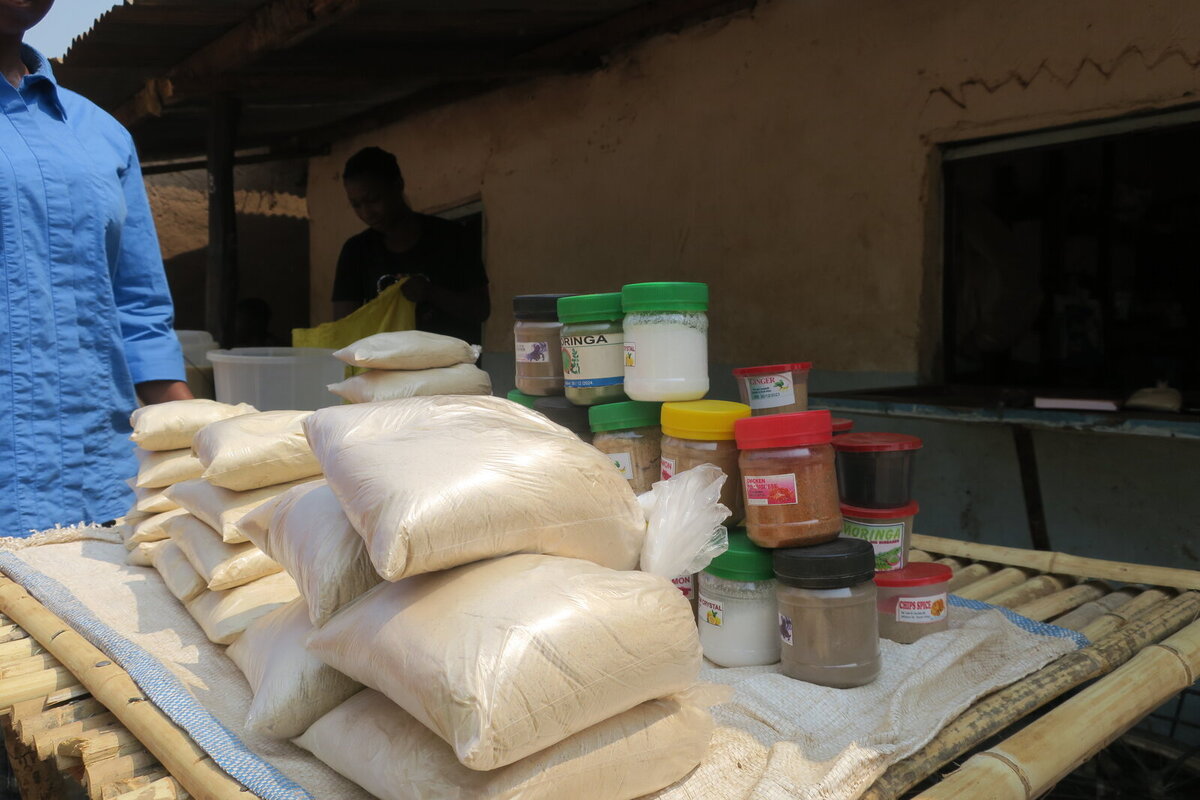 Thanks to the support from Caritas Czech Republic in Zambia, Goundance Masengesho is now known as Mama Porridge or Mama Deborah. She knew how to make her now famous nutritious porridge flour, but she had no capital to start her business. And that is what we helped her with.

Goundance has received start-up capital from Caritas Czech Republic, she has also attended a number of training courses in entrepreneurship and business management.

“When I heard that Caritas Czech Republic was registering people that they would support, I immediately went to their office to register my name because I knew it was a life-changing opportunity for me to start my own business which I have always wanted to do,” Goundance says.

Apart from being able to make nutritious porridge, Goundance has a degree in Business and Commerce, which she studied back in her country of origin, but due to some restrictions on refugees working in their host communities, Goundance could not look for a job.

“When I was studying  Business and Commerce at school, I learnt entrepreneurship skills. So, after receiving the support, I started to think about what business ideas would work well for me in the settlement. I thought I could take advantage of the fact that I can make good porridge and use it to start a business,” says Goundance.

In the Meheba refugee settlement, many refugees are involved in different businesses and many of them are engaged in the same activities, such as the grocery business, but there’s no one making nutritious porridge. Gaundance took advantage of this as she saw a better chance of success.

“I knew that I would find customers because firstly, there’s no one involved in this business; and secondly, there are many pregnant women and some with malnourished children who would buy my porridge because of its nutritional value,” said Goundance.

Immediately after receiving support from Caritas Czech Republic, Goundance made her first porridge flour, which she named Meheba Nice Porridge, and sold it within the settlement. News about her porridge flour spread like wildfire in no time and many people placed orders.

“The support of Caritas Czech Republic has really helped me and my family a lot. My daughter’s health has improved very much. I’m now able to buy uniforms for her. I can even buy items I couldn’t afford before and provide my family with three nutritious meals a day,” says Goundance happily.

How is Meheba Porridge made? 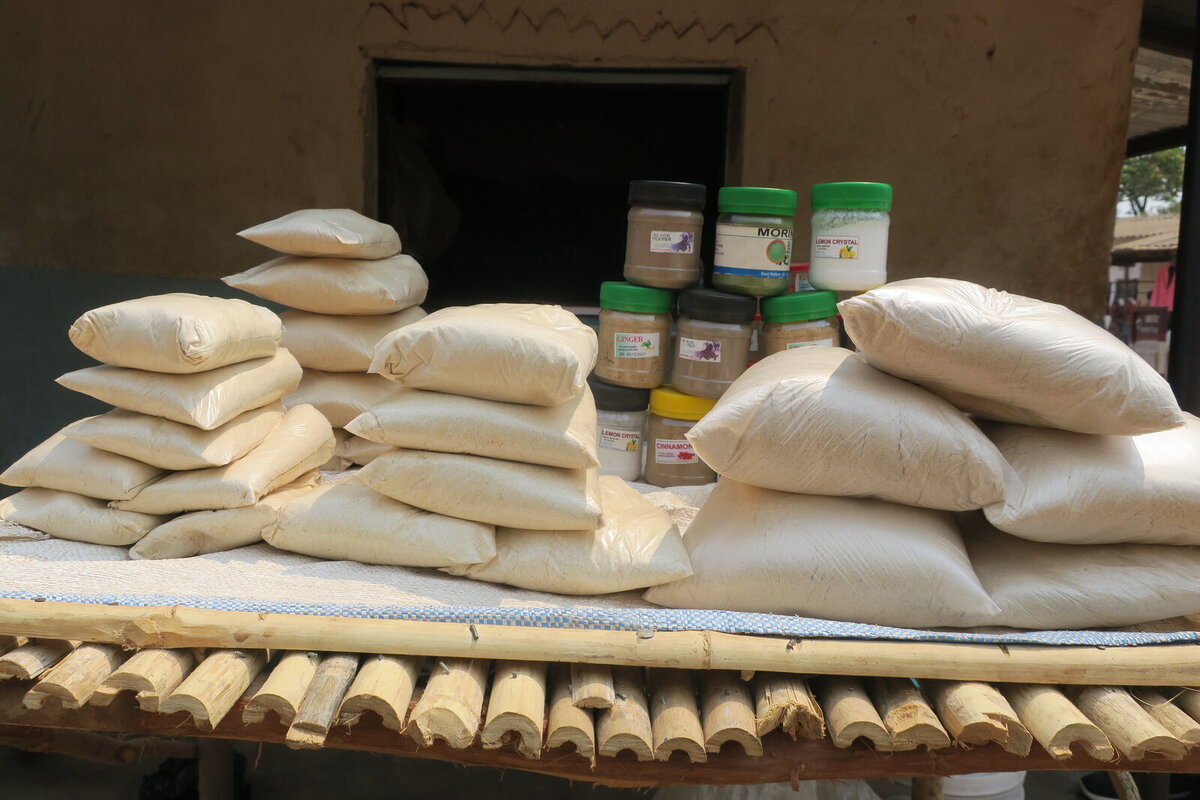 In this way, Goundance also supports the local farmers in the settlement.

“I use locally grown products to make the Meheba porridge this is because I want to also support the local farmers in the settlement by buying my ingredients from them,” says Goundance.

Many women living in refugee camps are highly susceptible to gender-based violence mainly because after fleeing their countries due to wars and conflicts, they become vulnerable without any source of livelihood. They become dependent on their spouses for everything. The situation is even worse for women without spouses. It is for this reason that Caritas Czech Republic in Zambia with the support of UNHCR has launched a programme that seeks to help women and girls who are at risk of gender-based violence.

In a quest to radically change the face of local businesses for struggling small-holder farmers in Western Province, one of the least developed regions of Zambia, Caritas Czech Republic has been working with local agri-business enthusiasts dedicated to fighting the odds and increasing agricultural productivity and value addition through innovative approaches.  The project, funded by Czech Development Agency and supported by the Zambian government as well as Czech and Zambian universities, specifically focuses on mango, cassava and organic fertilizer value chains. So far, the project has supported over 180 smallholder farmers involved in agriculture production and helped five local visionaries build brand new processing plants.

It is estimated that 82.5% of smallholder farmers in Zambia own at least one type of livestock. But despite this large percentage, it is still not easy for local people living in the rural parts of the country to own livestock because they cannot afford it. Thanks to Caritas Czech Republic in Zambia and the World Food Programme for introducing the savings group initiative, Miyombo Miyombo is now a proud owner of two cows.

How is Caritas Czech Republic helping refugees in Zambia?

Restrictions associated with COVID-19 has made the lives of displaced people even more vulnerable, limiting their access to basic rights. As of 31st August 2020, Zambia has hosted over 92,598 people of concern who have fled their homelands due to persecution, conflict, violence or natural disasters.