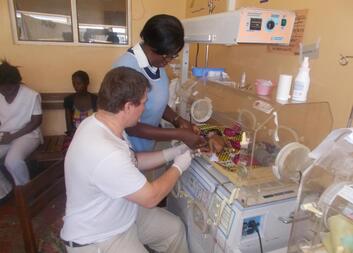 Improving Quality and Access to Mother and Child healthcare II

Western province belongs to the poorest regions of Zambia due to concentration of harsh climate and geographical conditions and isolation of the area during previous regime. It is characteristic of undeveloped infrastructure, long distances and insufficient health care which is in lack of medical personnel, equipment and is not able to provide quality services. The project continues on activities implemented by CCR in 2013-2014 as a part of a project “The Improving Quality and Access to Mother and Child Health Care in Western Province, Zambia I”.